Note: This is Alpha code and not production ready.

Intel PMEM-CSI is a CSI storage driver for container orchestrators like Kubernetes. It makes local persistent memory (PMEM) available as a filesystem volume to container applications. It can currently utilize non-volatile memory devices that can be controlled via the libndctl utility library. In this readme, we use persistent memory to refer to a non-volatile dual in-line memory module (NVDIMM).

The v1.0 release is the latest feature release and is regularly updated with newer base images and bug fixes. 0.9 is still supported.

Documentation is part of the source code for each release and also available in rendered form for easier reading:

1 Several relevant features are only available in alpha quality in Kubernetes 1.13 and the combination of skip attach and block volumes is completely broken, with the fix only being available in later versions. The external-provisioner v1.0.1 for Kubernetes 1.13 lacks the --strict-topology flag and therefore late binding is unreliable. It’s also a release that is not supported officially by upstream anymore.

Click the image to watch the animated demo on asciinema.org: 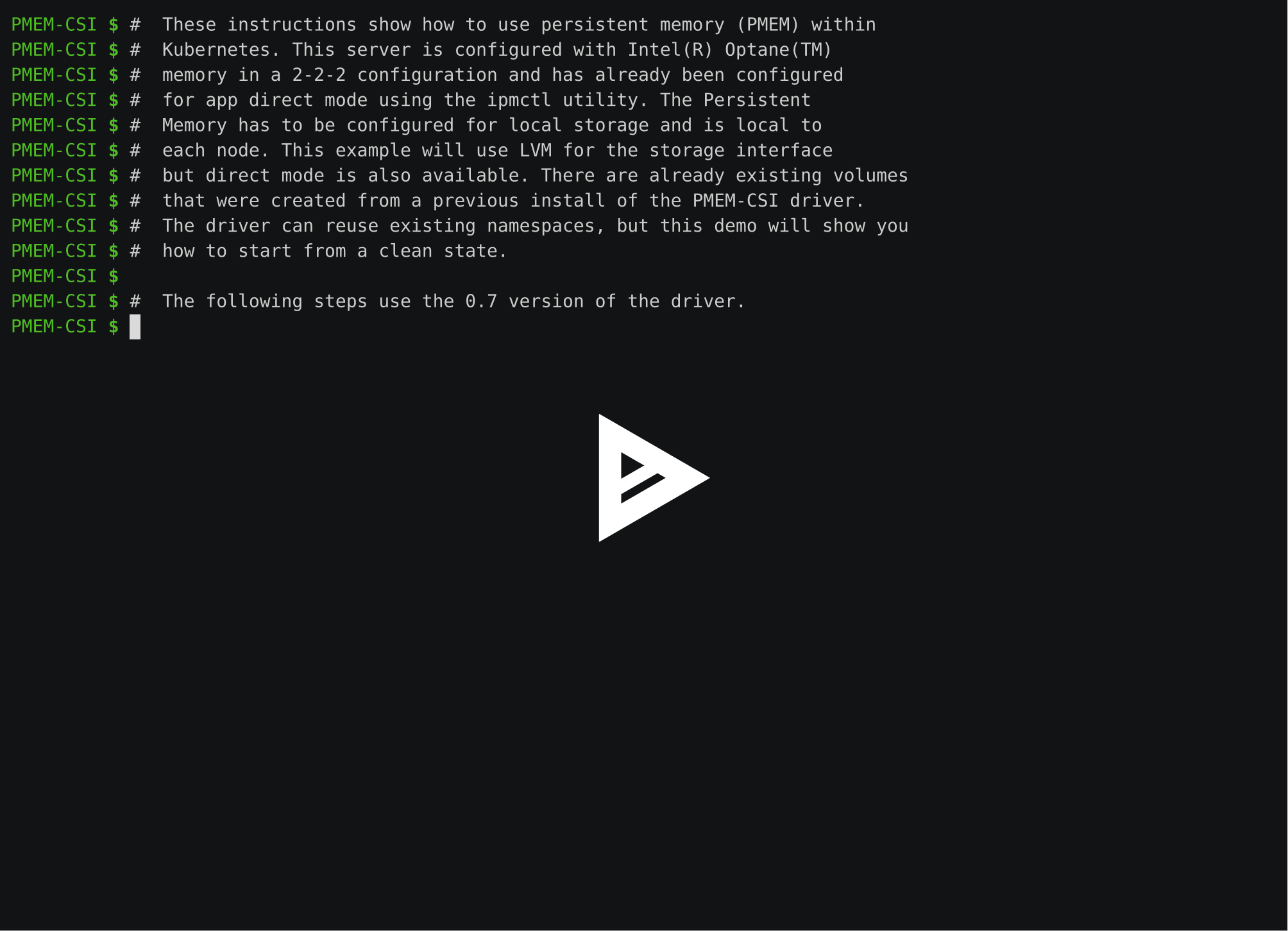